Singam 2 – A Historical Hit for India 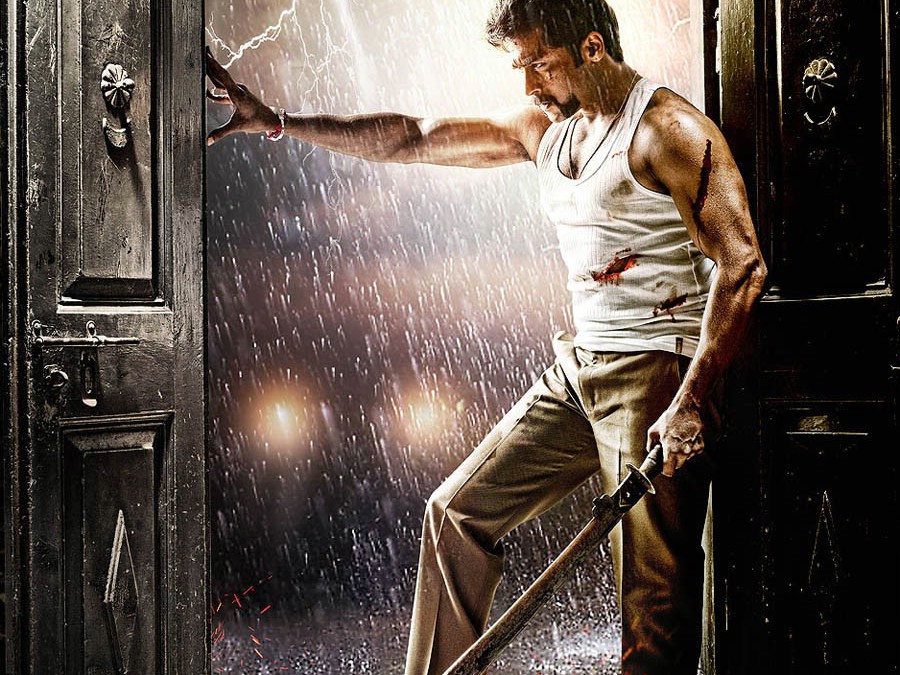 After opening with a bang that will go down in Indian cinema history – the following article was written on the blockbuster hit, Singam II:

HOW BIG A SUCCESS IS SINGAM 2 – FACTS & FIGURES

After a stupendous opening weekend at the box-office all over the world, the trade was busy compiling all the data and coming up with the exact figures that Singam 2 earned in its first 3 days. We are presenting you with the facts and figures of Singam 2’s success story so far. We have come to know that in Tamil Nadu alone, according to estimates, the movie has collected upwards of 21 crores which is a great number. From theaters in and around Chennai, the film has grossed around 2.7 crores in its opening weekend, according to Chennai Behindwoods box-office analysis.Very few films before, have collected this much in their respective opening weekends. Vishwaroopam according to Chennai Behindwoods reports had clocked 4.1 crores in four days, as the movie was a Thursday release and Thuppakki which was a Tuesday release had registered 4.8 crores in six days.Singam 2 is set to be among the biggest hits in Tamil if it can maintain the pace over the next few weeks. This definitely is a good news for Suriya.The film’s success story is similar in states such as Kerala and Karnataka too, where Suriya’s films are much in demand. In Kerala, the film opened in close to 150 screens and the response has been thundering. Kerala and Karnataka are believed to rake in a combined figure of around 6 crores gross.The movie’s Telugu dubbed version has also been welcomed well and the distributors from Andhra have termed it as the biggest hit from Suriya’s stable till now. According to trade sources, the Telugu dubbed version has grossed a cool 10 crores approx in Andhra over the first weekend.In the USA, the distributors of the movie, ATMUS Entertainment have revealed that in 63 screens, the movie has collected 250,000 USD in its first 4 days, which translates to 1.5 crores in INR. Stars such as Rajini, Kamal, Vijay and Suriya are generally known to have a big market in the US and Singam 2’s opening is a crowning moment in Suriya’s career, with regards to performance in the USA. Will the film touch the coveted 1 million USD mark remains to be seen. In the UK, a comparatively smaller market for Tamil films, compared to the USA, Malaysia, Sri Lanka and Singapore, according to a leading trade analyst who termed it a rocking start, Singam 2 has collected 66,000 pounds, approximately 60 lakhs.The producers, Prince Pictures, meanwhile have released a press statement that Singam 2 has crossed 50 crores in its first weekend thereby making it a ‘historical hit’. We believe that this is a figure which represents worldwide collections for both the Tamil and Telugu versions, put together.Now, let’s see what the future holds for Duraisingam. The all important word-of-mouth for the movie is positive among the masses and though the social media space is seeing negative comments, this isn’t affecting the box-office prospects of the movie as feared. The weekdays have started off on a promising note on the first Monday, the 8th July, and the momentum is set to continue all through July 18 as there is no competitor in sight.Dhanush’s Maryan, due on the 19th July, might pose the first real test for Singam 2 but by then the movie might have reached Superhit status, given the strong initial and the positive word-of-mouth.Congrats to the producers, director Hari and Suriya for this grand success and all eyes are on how far Singam 2 can go and whether there would be Singam 3 in the near future.   Source:  http://behindwoods.com/tamil-movies-cinema-articles/how-big-a-success-is-singam-2—facts.html