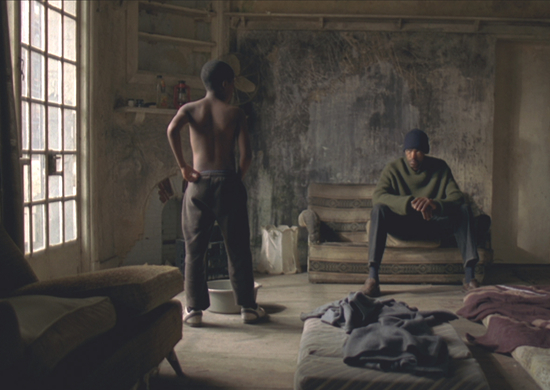 In 2009, Umkhungo was one of five winning screenplays selected out of hundreds of entries by Focus Features as part of their Africa First program. Written and directed by the UCT and AFDA graduate Matthew Jankes, Umkhungo is the story about a Johannesburg street thug who stumbles upon a young orphaned boy.  He subsequently takes responsibility for the boy, who happens to have uncontrollable super powers.  As this is seen as a curse in his community, he is being tracked by his uncle who wants him dead.  The boy and the thug forms a surprising relationship, which not only helps the thug deal with the demons of his past, but teaches the boy to accept his powers rather as a gift than a curse.  Set in the slum of Johannesburg, the film was shot in the heart of Hillbrow, which gives it it’s authentic feel.