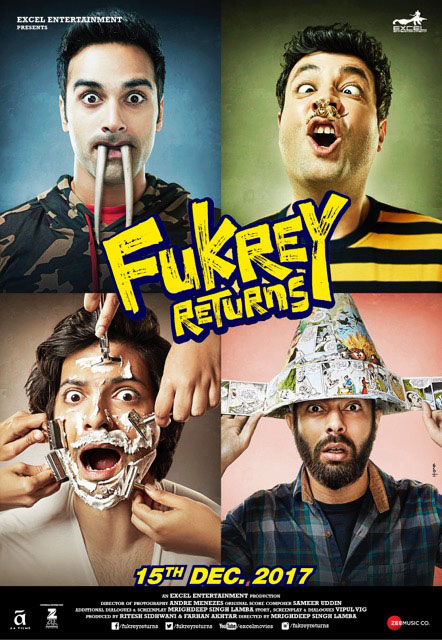 Produced by the Indian film production company, Excel Entertainment, Fukrey Returns is a sequel to the hit 2013 Bollywood movie. Fukrey Returns  premiered in December 2017, this time around the boys are back and shoved into a game designed by Bholi Punjaban. Punjaban is bent upon a payback and will leave no stones unturned to chase the boys through the length and breadth of Dehli. This sure shot family entertainer features real life tiger sequences, which were filmed in front green screens  in the Broederstroom area, just outside of Johannesburg, South Africa.

Out of many countries and teams, Excel Entertainment decided to do the VFX sequences in South Africa, where Mannequin Films facilitated the process. The ironic choice to film tigers in Johannesburg was made based on the high standard of crew and professionalism of the animal wranglers.